Call to Get Appointed Today: 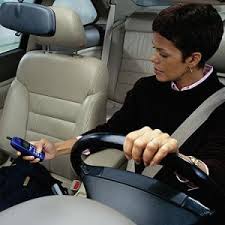 by: 4seasons in: Workers Compensation

Those of us who have been workers comp professionals for a while like to think that there are no new issues…we’ve seen it all, done it all, and have a closet full of T-Shirts to prove it.  And yet technology, like the proverbial new wine in an old wineskin, does attempt to break out of the boundaries created by aged statutes and old case law.

There have been some recent examples of corporate civil liability for employee’s who are in motor vehicle accidents while using their cell phones for business. But this also raises a slightly different question – – should off-work employees who are in car accidents while making business calls on a personal cell phone be entitled to workers compensation benefits?

This issue was addressed in Virginia a few years ago in the case of Donna Turpin v. Wythe County Community Hospital.

Here, the claimant was a nurse and was “on call”.  While off work (but still on call) she received a work-related phone call.  While trying to answer the phone she lost control of her vehicle and crashed, resulting in moderate injuries.

The fact that Nurse Turpin was on call makes the injury arguably more compensable, and the Virginia Court of Appeals agreed – – awarding benefits for Nurse Turpin’s injuries despite the fact that she wasn’t technically at work.

But I have been waiting to see courts address the issue where a business professional is driving his or her car on a Saturday or Sunday, running personal errands and not on call.  Then, when he receives a work-related cell phone call, he becomes distracted and is subsequently in a motor vehicle accident. Should this be compensable even though the employee is “off the clock”, not at work, doing personal non-work-related activities, but receives a business call that result in an accident?

As you may surmise, the majority of jurisdictions within the United States would probably find this injury to be compensable as, assuming the call is a business call,  there is a benefit to the employer. Under the “Mutual Benefit Doctrine”, even if the employee is on his way to get donuts for his family, if he is also conducting legitimate work on the phone the “Mutual Benefit Doctrine” mandates that the claim is compensable even though he was, in essence, doing two things at once.

However, if companies have a policy that prohibits the use of cell phones while driving, how do we resolve the inherent conflict between an injury arising out of work duties and an injury that occurred as the result of a violation of company policy?

Many states (but not a majority) have provisions within their workers compensation statute that allow for a reduction of benefits if the claimant is injured as a result of a failure to use safety devices or a failure to follow safety rules.

If you are in a state that has such provisions in the worker comp statutes, this is an added reason why the company policy manual should be updated to prohibit the use of cell phones while driving. That way, even if the claim IS compensable, there would still be a reduction of benefits paid to the claimant as a result of those injuries.

The response to such policies are typically negative: “Why should the injured worker be punished when he was injured while trying to do his job?”  Valid question.  Here’s a valid answer: incentive.

I often tell Employers that safety rules and policies are not adopted to punish employees, but to try to reduce injuries. Everything thing we do in life has risk.  As any Risk Manager will tell you, the trick is maximizing the work efficiency while minimizing (rarely eliminating) the risk.  Employees should be penalized for violating safety policies, because without the concern for punishment (like having one’s comp benefits reduced or even eliminated), there is no incentive to follow the policies designed to minimize the risks faced by workers.

I drafted the hypothetical situation because 1.)  It could easily happen, and 2.)  It demonstrates how technology blurs the line between our personal activities and our work activities. Safety policies should be adopted to minimize the risk – – like a ban on driving and using cell phones at the same time.  Such a policy should not only reduce the risk of injury to your employees, but it should also reduce the risk of increased insurance premiums.

Sitting is a disease that can kill us

Your email address will not be published. Required fields are marked *

All Insurance Underwriters is a commercial insurance provider offering Admitted and Excess & Surplus Lines (E&S) commercial insurance  to retail agents nationwide.  Our proven and often unique programs assist our agency partners and their clientele in obtaining quality yet affordable coverage nationwide.  All Insurance Underwriters allows your agency to shop multiple unique competitive  markets to insure your client is provided with the appropriate commercial coverage.

Our Insurance Faculty and Agents are Available 24/7